NEW BRUNSWICK — Despite her best attempts, Rutgers professor Sheila Fuqueue has still yet to succeed at attaining a chili pepper on her Rate My Professor profile. Having already slept with 3 students in her Women’s Empowerment course, Fuqueue is struggling to come up with a good method of being awarded that elusive spicy vegetable of attraction.

The chili pepper was added to the Rate My Professor website to allow bored students to relive their glory days in high school and symbolically jack off to their hot teachers. Students can then check impending professors so they can pick a section in which they can at least daydream a reality in which they have a shot with someone way out of their league. For Professor Fuqueue, the lack of such recognition is humiliating.

“I mean, she was like, OK I guess,” said one of the fucked students Craigory Jamison, while skateboarding and drinking a Corona Lite. “I can’t just start handing out chili peppers to every professor that sucks my dick. There has to be an effort made, and I didn’t feel like she put in that effort.”

The University has stated that they will begin to crack down on instances like these that tarnish the good name of Rutgers by making sure that professors are working extra hard and ruling that no chili pepper be awarded to a teacher that hasn’t sucked and fucked at least a dozen students. 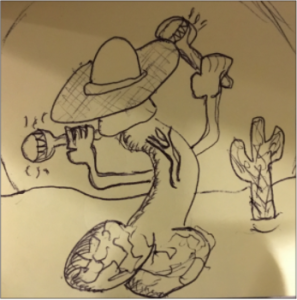 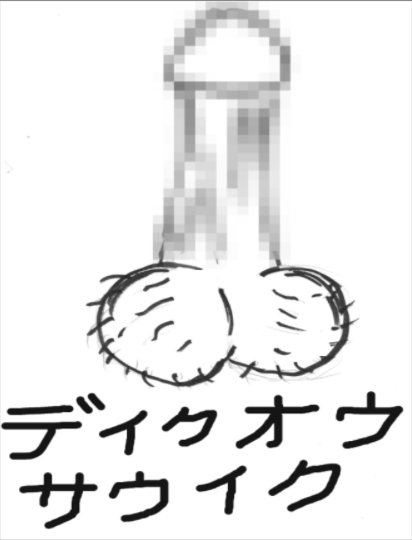 Ever since this whole sexual harassment scandal started to unfold with Bill O’Reilly, Harvey Weinstein, Louis C.K., Kevin Spacey, Brett Ratner, George Takei, Roy Moore etc., I’ve noticed some odd behavior in the office. It all started with Paul from accounting bringing in donuts every day for the past week and offering them to the ladies of the office and Kyle before anyone else. Then there was George from marketing who complimented my blouse and then quickly muttered, “I mean, only in a professional way, I like the color, nothing else.” And then there’s Dennis in sales who accidentally bumped into me as we were leaving the elevator and started profusely apologizing for touching me, claiming, “It was a complete accident. I’ve never wanted to touch your body. Not even that time at the company picnic.”

It’s as if they’re all on the defensive, afraid that any past action can and will be used against them, and it will. I kind of pity the way they shudder, tiptoeing around the office, cautious of every decision and comment they make. But it’s about freakin’ time. I’m tired of them thinking it’s okay to comment about screwing the secretary or have a literal dick-measuring contest in the break room. They need to learn to behave as professional adults and they should be afraid that at any moment they could lose their jobs for being perverted assholes. And Gary, if at the next board meeting if I catch you staring at me while you have your hand down your pants, you know damn well I’ll report you. I am now empowered and will take down anyone that tries to go down on me. 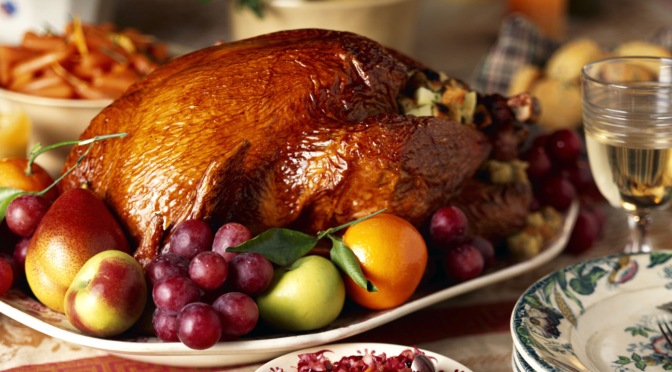 This Thanksgiving, use this list to figure out what dishes you shouldn’t bring if you want a nice, peaceful, apolitical family meal.

Brussels Sprouts with Bacon – Despite the bacon attempting to save this dish, bringing brussels sprouts to the meal will definitely lead to Uncle Jeff bringing up Brussels, the de facto capital of the EU, and why Brexit was necessary to get out of the tangled mess of laws that are forcing large economies to hold up unimportant countries and the bacon just reminds Jeff of the migrant situation that the EU is facing.

Butternut Squash – Seriously? BUTTerNUT squash? Skip bringing this to the meal unless you want to hear Uncle Glen go off again on why “The Gays don’t deserve rights and what they’re doing in their bedrooms when they sodomize each other is unholy.” Last year he immediately followed that by going out to his Ford F-150 and sitting at the dessert table caressing his shotgun. For your mother’s sanity, just don’t bring this.

Couscous Risotto – You thought it would be fun to do an alternative to regular risotto, but of course Aunt Kathy, a postal worker, sees the Middle-Eastern origin of this dish and will absolutely go off on how all Muslims are terrorists who try to send anthrax and bombs through the mail. She spent the majority of last year insisting that the entire family should eat only pork to stick it to those “Halal fucks.” Her words, not mine. Good thing you didn’t bring Fariba, your new Muslim girlfriend this year.

Dulce De Leche – Here goes Uncle Glen again, Glen, a foreman at the local manufacturing plant is immediately going to launch into a tirade about getting “These god-damn job stealing Mexicans out of his country and plant.” Cinco cervezas deep, Glen, who has no problem drinking Corona, is going to keep going on about how Mexican desserts have no place in this country as long as his heart is pumping and his blood is red like an American.

Tofurkey – Your newly Vegan cousin tried to bring one of these last year, insisting everyone should try it while talking about why Christopher Columbus was a genocidal monster, and that the pilgrims were rapists who took the land of the Native Americans without giving them anything in return, besides syphillis. In response, Grandpa Walter turned to your parents yelling, “I can’t believe you two are paying for her to go to Vassar and get her mind filled with this liberal bullshit. Back in my day, it was called Thanksgiving because they liked it.” 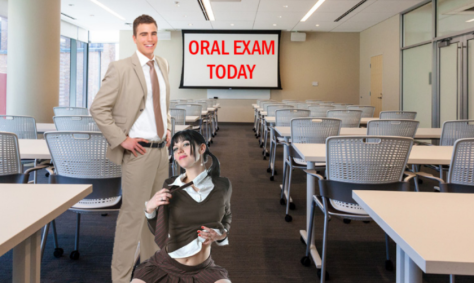 Oral exams are banned at Rutgers after a student is caught giving head to a professor. “It said oral exam on the syllabus,” said sophomore student Amy Luo-Holtzman. “I was practicing for it all semester by hooking up with random guys at parties, but now all that practice has gone to waste.” 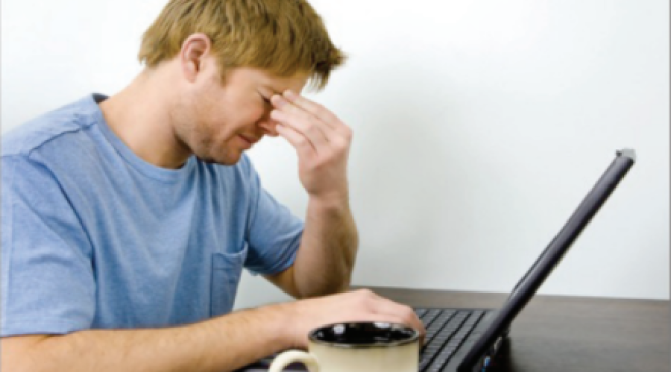 “I’ve been jerking it for as long as I can remember, even before I hit puberty. Growing up, I originally had to rely on Macy’s catalogs and my mom’s panty drawer to use as spank material. But once I got high speed internet, it was the beginning of the end for me and my penis” Gozinya said.

“I don’t care if I wasn’t actually stroking my dick, I had a dream where I anally fucked Asa Akira and I just couldn’t hold it in. I essentially still masturbated and it shouldn’t make a difference whether I used my hands or not”.

This wet dream has taken a serious toll on Gozinya, who has now decided to just give up on the no-fap challenge altogether. Gozinya now faps just to deal with the guilt of ruining his own no fapping goal. Trying to cure himself of his depression, he now has plans to start donating to the local sperm bank every couple days.

“I now have a way to use my habit for the good of humanity and get paid for it!”. How long it will take Gozinya to completely get out of his guilt ridden and depressed state remains to be seen but the fact that he’s taking measures to improve himself is definitely a step in the right direction. The only downside is the fact that he might have hundreds of children possibly looking for him as their father in the near future.

Check Out Past Articles