Yesterday afternoon, I walked my wretched being down to our rustic old IHOP, looking only to drown my consciousness in viscous molasses of various colors and essences. However, upon arrival at the establishment, my gloom transformed into contempt as they try to shove their family-friendly, corporate, faux happiness down my tired throat.

Afterwards, I ordered their free stack of pancakes, hoping to forget the mistakes IHOP and I have made in the past. One bite put an end to that misconception. I broke down into tears, the porous flapjacks absorbing my tears with ease. The wait staff attempted to console my shattered soul, but nothing can mend me now. The only thing I could do was leave, never to look back at the ruins I have left in my wake. 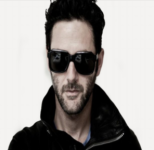 Have you ever tasted the ocean floor? The coral reefs slowly waving through the tides, schools of fish carry your shape through forests of seaweed, down into caves bursting with the primordial lights of the ancient sea dwellers. You let the current take you across the seven seas, where wonder and beauty never seem to be a rarity. You meet the oldest bubble in the universe, who allows you to become you’re true self, as you wade across seashells that have witnessed instances of true love.

Have you ever tasted the sky? The clouds softly drift you across the atmosphere, the sun encouraging you to see the world from her point of view. She gingerly lifts your soul from out of your shell, allowing you to soar into the heavens. From the edge of the world, you watch her set behind the edge of the planet, while particles from the sun penetrate the Earth’s magnetic field, setting the atmosphere ablaze in strides of blue and the hue of fall, as your conscience gradually recedes into the speckled sky to teach the universe about true happiness.

Have you ever tasted the Knight Wagon Knight Stixs? Well they’re pretty tight. More of a dessert than breakfast, but an easy 7/10 in my books.

Much overlooked, the toast has always been forced into the shadow of his highly regarded brother, the sliced bread. However, toast has been pushing culinary boundaries since its creation in 1893. Redefining what you can call a snack, or breakfast, or how badly something can be burned and still eaten without much complaint, toast has been the epicenter of progressive and experimental food movements of the past 100 or so years.

The toaster was first created by Alan MacMasters, who desperately wanted an easier way to cook lettuce. However, a freak accident caused Alan to accidently place a slice of bread into the toaster, take it out about two minutes later, lightly butter it on both sides, and eat it. Since then, toast has become a staple food item in modern culinary history.

Early supporters of the toast include visionaries such as Paul McCartney, Martin Luther King Jr., Pablo Picasso, Henry Rollins, 28th President of the United States Woodrow Wilson, Elon Musk, and Kanye. Toast was early on a major success in the underground world, served and eaten mainly in dive bars and train station bathrooms. However, like all great things, word quickly spread, and toast became a household name, forever changing the culinary landscape.

Personally, I think it’s pretty great when you want to eat something, and are ok if what you eat tastes like a Californian forest fire. 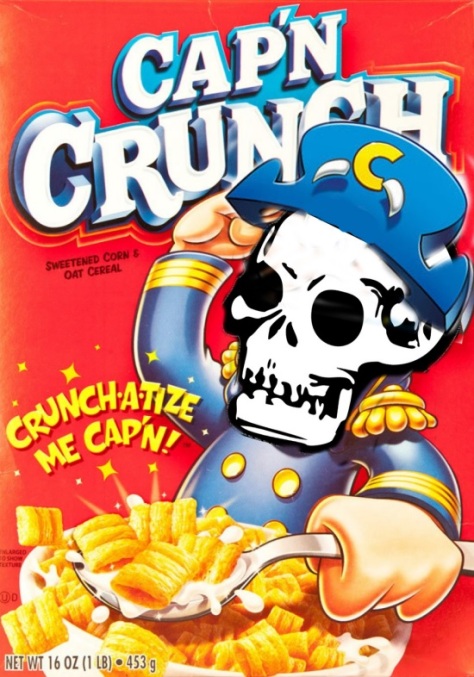 CONGRATS TO ALL THE CAPN’ SKULL INDUCTEES! HOPE THE HIGH SEAS OF MILK AND CEREAL TREAT YOU WELL!

Check Out Past Articles